The fingers, thumbs, and wrists will experience visible changes and deformations if one does not quickly notice the early signs. The severity of rheumatoid arthritis in the hands increases the more time passes.

You can practice specific hand exercises to prevent this deterioration, especially when you notice the signs or after a diagnosis.

What is arthritis of the hands?

Arthritis of the hands is simply arthritis that occurs in the hands. There are several small joints in the hands, which may be why it is a common ground for arthritis.

Arthritis is a disease that affects the joints in the body, and it either damages the joint lining or the cartilage that protects the ends of the bones. When this happens, the bones start to rub against each other, creating a lot of friction, which leads to stiffness, tenderness, and pain.

Three main types of arthritis affect the hands, and they are:

Rheumatoid arthritis in the hands is common and can result in permanent deformation of the joints of the hands. There will be effects like loss of motion, reduced range of motion, and loss of grip strength, among others.

Causes of rheumatoid arthritis in the hands

Rheumatoid arthritis is an autoimmune disease caused by the immune system mistakenly attacking healthy tissues in the body, including the joint tissues. The lining of the joints is also called synovium, and synovium produces a fluid that allows the cartilage to slide against each other smoothly when there is movement.

Due to the attack by the immune system, the inflammation causes the cartilage to wear out and eats at the bone. The ligaments and tendons around the joints are not spared as they can get inflamed, resulting in loss of joint structure and, ultimately, deformation of the hands.

Parts of the hands affected by arthritis

The parts of the hands affected  by rheumatoid arthritis include:

Symptoms of rheumatoid arthritis in the hands

The early symptoms of rheumatoid arthritis in the hands are the same as most arthritis. They include joint pain, stiffness, tenderness, swollen joints, tingling, numbing, and loss of range of motion and flexibility, among others.

The prolonged signs of rheumatoid arthritis include:

The inflammation caused by the body’s immune system causes the bones at the joints to wear away at each other, which alters the bone structure and the joint structure.

This means that the bones are no longer perfectly fitted together and are loose at some ends. Moving your hands and fingers can become painful and uncomfortable due to the grinding feeling you will experience, medically referred to as crepitus.

The tingling and numbness reflect this sign that people with rheumatoid arthritis in their hands often experience. It occurs due to the inflammation of the carpal tunnel, which is a tunnel in the wrist formed between bones and ligaments that allows the median nerve to pass through.

The median nerve provides feeling to the thumb, index finger, middle finger, and half of the ring finger, which is why when the nerve is squeezed due to inflammation, it results in the tingling and numbness felt on the affected fingers.

According to Johnsson and Eberhardt, hand deformities are important signs of disease severity in patients with early rheumatoid arthritis. It is crucial to diagnose arthritis early to avoid disease severity like the trigger finger. The tendon that allows the fingers to bend is called the flexor tendon. When inflamed, it results in a permanently bent position of the affected finger called tenosynovitis.

The knuckles of the hands can become increasingly inflamed as RA progresses, which causes the fingers to shift sideways towards the pinky side of the hand, where the ulnar bone is.

This ulnar drift deformity affects your grip and finger movement a lot.

The swan neck deformity occurs when your middle joint bends backward, and the top joint near the nails bends forward in extreme positions where the finger takes a swan neck shape.

The middle knuckle becomes bent towards the palm while the large knuckle at the base of the fingers and the top knuckle extend outwardly.

Also called the Z-thumb because of the shape taken by the thumb. The large thumb knuckle flexes abnormally while the top knuckle hyperextends, forming a Z shape.

These are bumps that develop under the skin near the affected arthritic joints. They are often evident when you flex the joints; they are round and hard.

Rheumatoid nodules are made up of inflammatory tissues but are not particularly painful. They are often found in elbows and wrists but can also develop in the forearm and fingers.

It is vital to keep the joints constantly lubricated to relieve the pain that rheumatoid arthritis brings and reduce joint stiffness in the various joints found in the body. You can do these with several hand movements and exercises.

Some of these hand exercises are:

Place your hands flat on a table and lift each finger individually until your hand stands on the tip of your fingers. Hold the position for 3-5 seconds and slowly drop. Do this for all your fingers on both hands.

If you want to test your grip strength, do fist stretches. Extend your fingers face up, and bend your middle and top knuckles until it curls into your palm. Hold for a few seconds and release. Repeat and switch with the other hands.

Flex your fingers moderately wide and move your thumb towards the base of your pinky finger. Hold the position for 5 seconds, relax, repeat and switch hands. You can increase or reduce the width of your flex.

For the knuckle bends, extend your palm face up, and starting with the top joint near your nails, curl them inwards until they touch your palm or as far as you can go. Make sure to keep your palm/hand straight.

Extend your palm in a flat-out position, touch your index finger to your thumb (at the tip), hold for a few seconds, and release. Move to your middle finger and touch it to your index finger. Move through each of your fingers before you relax.

Do the same with your other hands.

Make sure to keep your palms and fingers as straight as possible.

Place your palm flat on the table with your fingers together. Bend your wrists as far as possible to the right, hold and move your wrist to the left as far as you can, hold and repeat. Switch it up with your other hand.

You can use a softball, tennis, or stress ball to check your grip strength for any ball-hand exercise. Hold the ball in your palm and squeeze it as hard as possible. Release, rest, and repeat for both hands.

Not all finger and joint pains are actually arthritis, so getting an accurate diagnosis is important.

With rheumatoid arthritis in the hands, the giveaway sign would be that the joint pains reduce after exercise. This is because the significant reason for the pain is the lack of lubrication between the joints, which targeted exercises and other measures can fix.

Did you experience other forms of arthritis? What hand exercises do you often carry out to relieve arthritis pain? 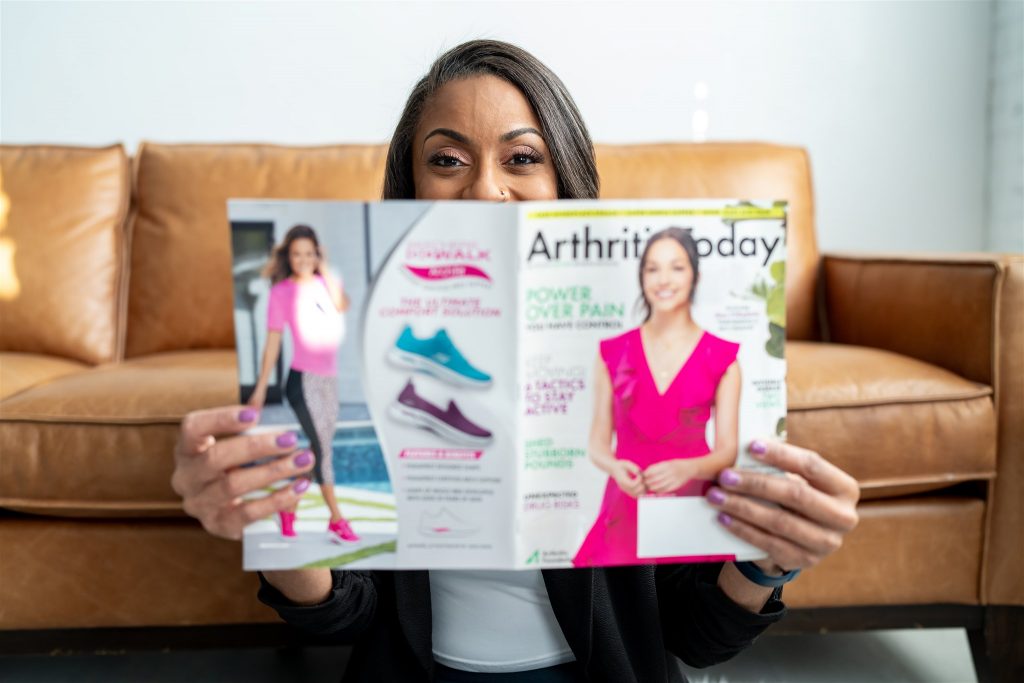 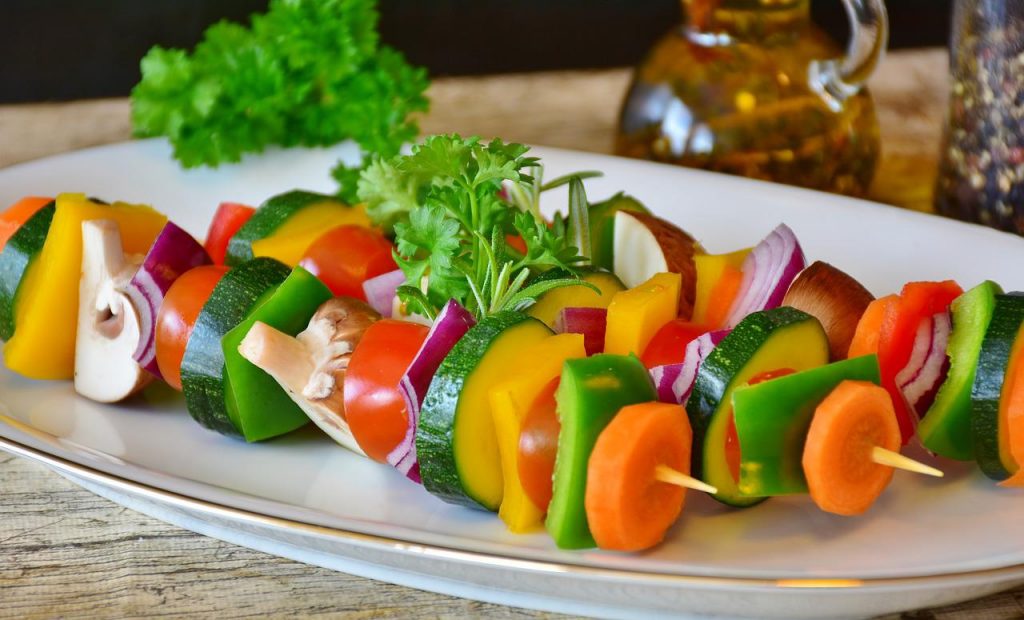 Shopping Cart
We use cookies on our website to give you the most relevant experience by remembering your preferences and repeat visits. By clicking “Accept All”, you consent to the use of ALL the cookies. However, you may visit "Cookie Settings" to provide a controlled consent.
Cookie SettingsAccept All
Manage consent

This website uses cookies to improve your experience while you navigate through the website. Out of these, the cookies that are categorized as necessary are stored on your browser as they are essential for the working of basic functionalities of the website. We also use third-party cookies that help us analyze and understand how you use this website. These cookies will be stored in your browser only with your consent. You also have the option to opt-out of these cookies. But opting out of some of these cookies may affect your browsing experience.
Necessary Always Enabled
Necessary cookies are absolutely essential for the website to function properly. These cookies ensure basic functionalities and security features of the website, anonymously.
Functional
Functional cookies help to perform certain functionalities like sharing the content of the website on social media platforms, collect feedbacks, and other third-party features.
Performance
Performance cookies are used to understand and analyze the key performance indexes of the website which helps in delivering a better user experience for the visitors.
Analytics
Analytical cookies are used to understand how visitors interact with the website. These cookies help provide information on metrics the number of visitors, bounce rate, traffic source, etc.
Advertisement
Advertisement cookies are used to provide visitors with relevant ads and marketing campaigns. These cookies track visitors across websites and collect information to provide customized ads.
Others
Other uncategorized cookies are those that are being analyzed and have not been classified into a category as yet.
SAVE & ACCEPT